91. A 48-year-old white woman has what she believes is a suspicious lump

in her breast, but a mammogram does not reveal any suspicious lesions.

a.Assuming that mammography is "diagnostic"

b.Assuming that a radiographic lesion seen on mammography is the same as a

c.Letting a negative or nonsuspicious mammogram influence the judgment of

whether a palpable mass needs to be biopsied

d.Assuming that a benign aspiration cytology is definitive

92. A 55-year-old man has lung cancer in the right middle lobe. Which

paraneoplastic syndrome is associated with GHRH secretion and lung

93. A 30-year-old man has pain in the left scrotum. What is currently valid

94. In a patient with multiple enlarged lymph nodes, which should be

95. The etiology of chronic lymphocytic leukemia (CLL) is

96. Which of the following is not a major example of inherited suscepti-

97. A 22-year-old man comes to the emergency room of your hospital

because he has a diffuse, erythematous rash involving nearly all of his

(ECG) shows shortening of the QT interval, prolongation of the PR inter-

val, and nonspecific T wave changes. The most likely cause of his symp-

ness. The most likely etiology of this disorder is

therapy presents with back pain that intensifies on movement and pain

lower extremity to her leg and foot. The most likely etiology of this dis-

b.Trauma to the lumbar disk

c.Muscular spasm of the intercostal muscles

100. In the aforementioned patient, the most effective initial treatment is

101. A 66-year-old white woman with a known history of small cell lung

the right side and over her chest wall. She also has cyanosis of the extrem-

ities, facial edema, and difficulty with her mentation. Her diagnosis is most

b.Lymphatic obstruction of the upper body

102. The multistep theory of carcinogenesis can be applied to what form

grams can occur in 10 to 15% of instances of a palpable breast mass.

tion of growth hormone–releasing hormone (GHRH). Hypercalcemia is a

cers which is caused by secretion of parathyroid hormone–related pep-

to follow in any germ cell tumor. AFP elevation is seen only in nonsemi-

noma, whereas ß-hCG is seen in both nonseminoma and seminoma. The

supraclavicular region. Nodes in the inguinal/femoral (groin) area much

less often provide diagnosis of disease because they often are nonspecifi-

cally enlarged because of repeated infections of the lower extremities.

leukemia (CLL), a common chronic leukemia, has no known etiology.

B cell CLL is the most common chronic leukemia/lymphoma. Often

itpresents as an asymptomatic lymphocytosis in patients about 60

disorder of multiple gastrointestinal polyps, rarely occurs as a familial can-

malignancy is the most common paraneoplastic syndrome. It accounts for

vomiting, as this patient manifests. Symptoms begin at a serum calcium of

about 2.6 mmol/L. Hypercalcemia of malignancy is common in cancers

dromes include endocrine syndromes and hematologic syndromes. The

include erythrocytosis, granulocytosis, thrombocytosis, eosinophilia, and

sibility of spinal cord compression. It occurs in 5 to 10% of patients with

cancer. Lung cancer is the most common primary malignancy causing

spinal cord compression. Localized back pain and tenderness are the most

swelling of the tumor mass. It may provide some relief of the compression

by reducing the edema. It should be given immediately on making the diagnosis.

that the superior vena cava is obstructed. Ninety percent of these cases are due to malignant tumors such as carcinoma of the lung, lymphoma, and

various metastatic tumors. The findings described in this patient are not

due to the other diagnoses.

in which the multistep theory of carcinogenesis has been studied. In the

steps that change normal epithelium to adenoma to carcinoma. An accu-

mulation of somatic mutations is necessary for cancer to develop.

Good post and this mail helped me alot in my college assignement. Thanks you seeking your information.

[url=http://www.picknewera.com/]wholesale new era hats[/url]
all pony owners must use a brand to identify their depastured stock
Everybody who would like to file an instalment 7 bankruptcy must first qualify by passing the Chapter seven means test. The first portion of the test compares your income towards the state median. If your earnings are greater than their state median, you'll be able to determine how much disposable income your family has by comparing your expenses with the IRS national standards..
Particularly compelling may be the hi-def DVR combo that new DIRECTV subscribers can currently receive in a fair price. Obviously the question to become asked is: If I can receive a free DVR with my DIRECTV subscription, why hand out the additional cash for the upgrade? There are a number of reasons. How compelling they are is determined by you and your family television viewing habits, but in short, should you own more than one TV inside a household of more than one DIRECTV viewer, this piece of equipment offers several features whose advantages you will seriously want to consider..


[url=http://www.shinesunglass.com/]Oakley Sunglasses Outlet[/url]
assuming it had been the company that you simply usually purchase
The IVF process step by step now gets to the embryo transfer procedure. This does not involve drugs and is usually done as an outpatient procedure. You will usually be asked to drink extra fluid as a fuller bladder offers the doctor having a better look at the uterus.
The Pines Resort is located around the northeast shore from the lake while offering two- to five-bedroom cabins and eight full hook-up RV campsites. Cabins include a fully equipped kitchen, linens and patio or deck with picnic table. The primary lodge in the facility features a game room, snack bar and convenience store with groceries, fishing bait and tackle. 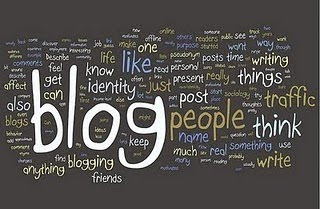